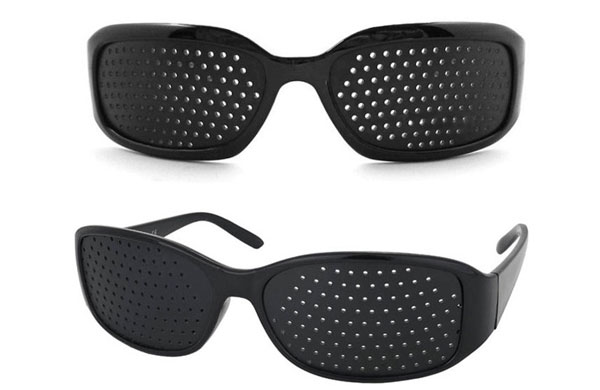 Pinhole glasses are a recent innovation in optics that have been designed to treat vision defects like myopia and long-sight. However, The Technology on which they are based is anything but recent. Dating back to the middle ages when the pinhole camera was invented, pinhole glasses operate under the same principles. Basically, the pinhole glasses are called stenopeic glasses and are made of plastic or metal instead of glass. Like any pinhole device, light rays pass through the tiny pinholes forming very thin rays. These rays then enter the eye and form an image on the retina at the very back of the eye. The problem that pinhole glasses help to solve has to do with the formation of the image. With defects of vision, the light rays entering the eye through the pupil do not converge on the retina. Unless the light rays converge or meet at a point, a clear image cannot be formed. Glasses that use lenses facilitate the conversion by changing the angle of the light rays as they pass through the lens. The pinhole glasses do this in a different way. When light rays pass through the pinhole, the peripheral rays are blocked out and only the rays that enter the pupil through its center are allowed to pass through. This is similar to how people are sometimes able to see an object more clearly by squinting. The squinting action reduces the size of the pupil and thus the number of light rays that enter it from all sides. This leads to clearer vision and is the same technique under which the pinhole glasses operate.

While this means that fewer light rays enter the eye through a pair of pinhole glasses, the improvement in vision is significant. Pinhole glasses have many applications. The pinhole camera is very useful in helping people with cataracts see better. Due to the cataract, the lens of the eye becomes less transparent and the light rays do not focus properly. Due to the action of the pinhole glasses, the light does not scatter as much and the person can see more clearly.

Some reports have stated that pinhole glasses can also be used as sunglasses and also to relieve strain on the eyes after working for long hours at the Computer. So the applications of this simple device are many and the underlying technology is not all that complicated either.

How To Keep Your Gadgets Charged On The Go 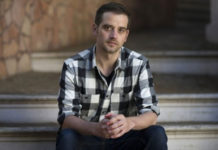 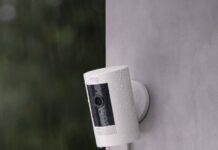 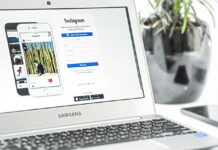 A Few Instagram Trends That Made A Significant Impact In 2022 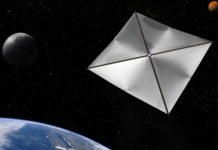