Last week, south of Boston, in a 350,000 square foot Amazon warehouse, a lonely yellow robot arm picked through parcels, prepping things to be sent out to consumers who want ever-faster delivery. The robot was confined in a metal cage and worked in the warehouse corner. Amazon believes that it will soon be followed by others in a situation that may result in the loss of thousands of employees while simultaneously leading to the creation of thousands of new ones.

What is Robot’s Progress?

A screen constantly updated with the robot’s progress as it operated. After carefully packing a bag of protein powder, the next item to be placed in the package was a box of napkin rings, followed by a bottle of hemorrhoid cream. While one hundred journalists from different countries across the globe took photographs, someone altered the screen to obscure the cream.

In Amazon – How Much Can Sparrow Operate?

Sparrow is Amazon’s name for the robot that has the potential to one day replace the hundreds of thousands of humans who the company now employs to sort the 13 million items that are delivered annually.

Amazon claims that Sparrow can already identify approximately 65% of its product inventory, determine whether or not an item is damaged and disposed of, and adjust its suction cup “hand” to handle a variety of objects.

These are all tasks that are traditionally performed by human hands. Sparrow uses computer vision and artificial intelligence. As a result of its learning, it improves with each passing day.

At Amazon’s “Delivering the Future” conference last Thursday, Sparrow was one of the new armies of robots on exhibit for the first time. It is expected that Sparrow will begin rolling out sometime the following year. Other developments included a self-driving, environmentally friendly robot known as Proteus. It was a ginormous version of Roomba that could move large cargo across vast warehouses.

The business also demonstrated its most recent drone, which it believes would enable it to deliver 500 million parcels through the air by the end of this decade. Another section of Amazon’s BOS27 warehouse had been outfitted with artificial grass, false home fronts equipped with welcome mats, and a large electric-powered delivery vehicle loaded with technology to advise drivers about the best routes and provide “coaching” for improved driving.

The picture of a drone sitting on the grass in front of a white picket fence represented how Amazon envisions millions of consumers receiving their purchases in the future.

According to Tye Brady, the chief technologist at Amazon Robotics, the 2020s will be the “era of applied robotics. Meaningful work will be done by robots, and their capabilities will extend to those of humans. I feel like it’s taken 50 years to get here. It’s quite interesting!

As of the year 2021, Amazon will have more than 1.6 million people on its payroll, elevating it to the position of one of the biggest private employers in the world. That progress has not been achieved without enduring a lot of grief. Amazon is battling tooth and nail to prevent warehouse employees in the United States from organizing unions in response to low compensation and persistent pressure from union organizers. Wall Street has been skeptical of Amazon’s perceived excessive recruiting practices. There could be a solution to such problems in the form of robot packers, robot movers, and robot delivery services – Brady disagrees.

Since the beginning of the industrial revolution, futurists have speculated that robots would one day wipe out the human workforce. John Maynard Keynes, an economist, made a prediction about widespread technological unemployment as early as 1933. His reasoning was that “the pace at which we can find new uses for labor is outrunning the pace at which we can discover means of economizing the use of labor.” This means that widespread technological unemployment is on the horizon.

Brady said, “I simply don’t see that at all,” in response to the question. Since we made our first significant investment in robots more than ten years ago, we have created almost one million new employees in that time. According to him, increasing the number of robots in warehouses will improve their efficiency, allowing them to store a greater quantity of goods. As a result, Amazon will sell a greater quantity of products, and the company will need to hire additional personnel to ensure that everything runs smoothly.

He said, “The necessity for individuals to be able to solve difficulties and employ common sense will always be present.”That is not even close to being possible with robots. It is not even quite comparable. It’s astounding to think that the human brain has through millions of years of development while only using 20 watts of electricity and the energy from one banana.

What Does the Bureau Of Labor Statistics USA Tell?

It’s possible that Brady is correct about the job statistics. According to research that was released not too long ago by the Bureau of Labor Statistics of the United States government, there is “little foundation” for the assumption that the new age of intelligent machines would lead to the annihilation of jobs. The “lump of labor” fallacy is what economists refer to when they make this mistake. The spread of new technologies may put certain jobs out of business, but there is no set amount of available positions, and others are always being created. Warehouse employment, for instance, has replaced retail occupations as a result of the decline of shopping malls brought about by internet shopping.

However, all of these changes may not always be beneficial for employees. Beth Gutelius and Nik Theodore came to the same conclusion in a report that they wrote for the Labor Center at the University of California, Berkeley. They found that technological advancements in warehouses were not expected to result in large job losses. Nevertheless, according to their argument, businesses “may utilize technology in ways that diminish the skill requirements of employment in order to cut training durations and turnover costs.” This might have a negative impact on employees, including stagnation in wages and an increased risk of losing their jobs.

This kind of argument is unlikely to slow down Amazon’s robot revolution. The organization is the most significant producer of industrial robots in the whole globe. Already in 2022, its factories in Boston will manufacture 330,000 robots on an annual basis. And all of this in order to ensure an even more rapid supply of toothpaste – or hemorrhoid medication. According to Brady, this is what the general public desires: He said that – We would respond, and we will obsess about what the consumer wants in 2023, and if they want their toothpaste quicker, we will help them receive their toothpaste faster. We will react, and we will obsess about what the customer wants. 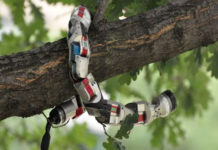 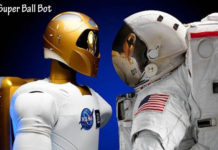 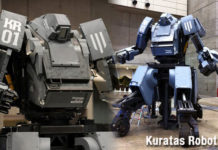 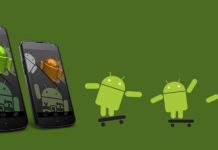 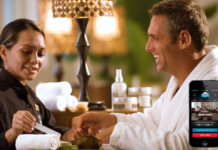 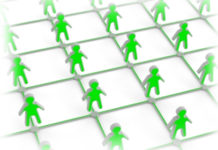